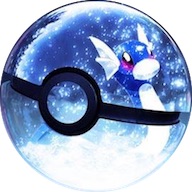 I wrote a lot of blogs, and I used to use hexo as a static site generator, it kind of work well, but I'm afraid with more and more posts I have, the speed of hexo become unacceptable, moreover, the plugin system works well if I add only one plugin, but become odd if there're many plugins work together:

Here's an image from my origin blog, powered by hexo:

And then, since I'm a big fan of Rust, I found zola, though this tool is not as complete as hexo, I can use its shortcodes feature to embed different of things to my blog!

Which I never imagined when using hexo!

But there remains some problems:

Also I'm looking forward to contribute something to this project, and I started with migrating a theme, which I'll also used on my blog.

Hope zola will become a better project in the future!

Or maybe I misunderstood the pagination feature ...